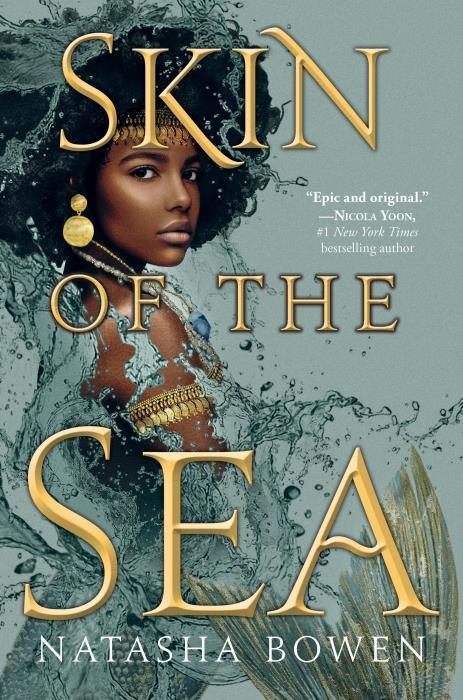 SKIN OF THE SEA

B>An unforgettable fantasy debut inspired by West African mythology, this is Children of Blood and Bone meets The Little Mermaid, in which a mermaid takes on the gods themselves./b>br>br>A way to survive.br>A way to serve.br>A way to save.br>br>Simi prayed to the gods, once. Now she serves them as Mami Wata--a mermaid--collecting the souls of those who die at sea and blessing their journeys back home.br>br>But when a living boy is thrown overboard, Simi does the unthinkable--she saves his life, going against an ancient decree. And punishment awaits those who dare to defy it.br>br>To protect the other Mami Wata, Simi must journey to the Supreme Creator to make amends. But all is not as it seems. There''s the boy she rescued, who knows more than he should. And something is shadowing Simi, something that would rather see her fail. . . .br>br>Danger lurks at every turn, and as Simi draws closer, she must brave vengeful gods, treacherous lands, and legendary creatures. Because if she doesn''t, then she risks not only the fate of all Mami Wata, but also the world as she knows it.