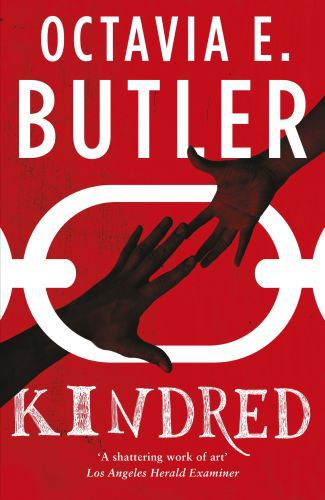 Kindred is Hugo and Nebula Award winner Octavia E. Butler's 1979 masterpiece. An essential read which explores themes of racial and gender identity with insight and originality, for fans of the Hulu TV adaptation of Margaret Atwood's The Handmaid's Tale. 'A shattering work of art' Los Angeles Herald-Examiner On her twenty-sixth birthday, Dana and her husband are moving into their apartment when she starts to feel dizzy. She falls to her knees, nauseous. Then the world falls away.She finds herself at the edge of a green wood by a vast river. A child is screaming. Wading into the water, she pulls him to safety, only to find herself face to face with a very old looking rifle, in the hands of the boy's father. She's terrified. The next thing she knows she's back in her apartment, soaking wet. It's the most terrifying experience of her life ... until it happens again.The longer Dana spends in nineteenth century Maryland - a very dangerous place for a black woman - the more aware she is that her life might be over before it's even begun.What readers are saying about KINDRED:'It was written in 1979 but could have been written last year. Incredible. I couldn't put it down' 'The narrator is us - we see the abomination and humiliation of slavery not through a slave's eyes, but our modern-day eyes, and it makes it all the more powerful' 'A must-read for everyone''Emotionally and viscerally alive and challenging. I don't know how I missed it before now'