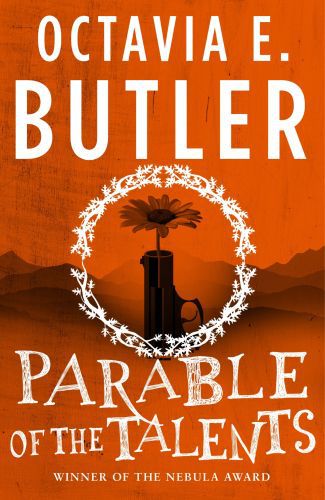 Parable of the Talents

Lauren Olamina's love is divided among her young daughter, her community, and the revelation that led her to found a new faith that teaches 'God Is Change'.
But in the wake of environmental and economic chaos, the U.S. government turns a blind eye to the violent bigots who consider the mere existence of a black female leader a threat.
Soon Lauren must either sacrifice her child and her followers - or forsake the religion that can transform human destiny.