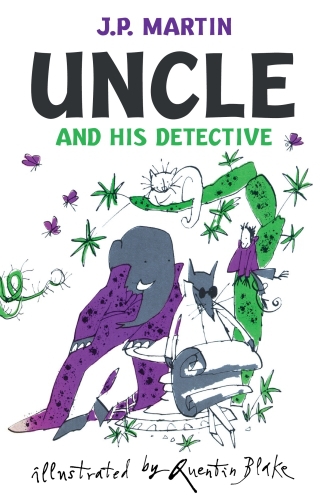 Uncle And His Detective

It begins with the arrival not of a detective, but of disaster: Badfort is for sale, but when Uncle decides to buy it, demolish it, and build a pleasantly appointed park on the site, he is forestalled. Beaver Hateman has sold it cheaply to someone on the condition that he, Hateman, is allowed to stay on as a paying guest. Forgetting that the man who has bought Badfort is certain to regret the "bargain", Uncle tries to console himself by continuing his never-ending exploration of Homeward. He soon discovers the mysterious Crack House - lair of a vicious and horribly squawking creature, half-bat, half-bird, called Batty - where there are rumours of buried treasure. Uncle is in need of a detective . . .