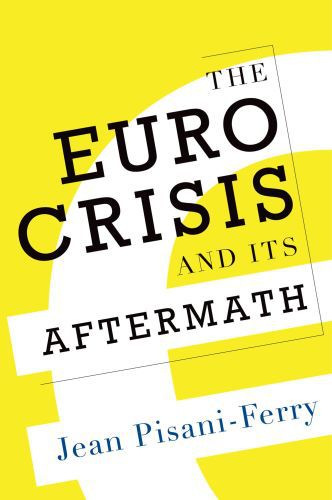 The Euro Crisis and Its Aftermath

The euro's life, while only slightly more than a decade long, has been riddled by a series of challenges and crises. The eruption of the Greek crisis in 2010 took European policymakers by surprise and forced them to design responses to a quickly deteriorating situation. Even though Europe has final begun to stabilize, the disparity between the prosperous Northern countries, especially Germany, and the plummeting Southern countries, including Spain and Greece, has exacerbated economic and political problems within the Eurozone. Amidst loud and frequent debates, solutions have been enacted, but the struggles facing this monetary union continue to develop even today.
The Euro Crisis and Its Aftermath was written to inform readers about the roots of this enduring European crisis and the alternative proposals for ending it. In four parts, Jean Pisani-Ferry explains the origins of the European currency, the build-up of imbalances and oversights that led to the crisis, the choices European policymakers have both addressed and ignored since 2010, and the evolution of the policy agenda and possible options for the future. The book is as much of an informative and analytical history as it is a discussion of solutions for a more prosperous European economy.
Rather than putting forth and supporting a thesis, Pisani-Ferry helps readers understand the past and present of the euro crisis and form their own opinions about potential solutions. This book is not intended to reach only economists, as time has long passed since European monetary unification was a debate limited to academics. This book is also for the policy makers searching for solutions, citizens of Europe enduring the consequences, and the international community that has felt the effects of an unstable Eurozone.