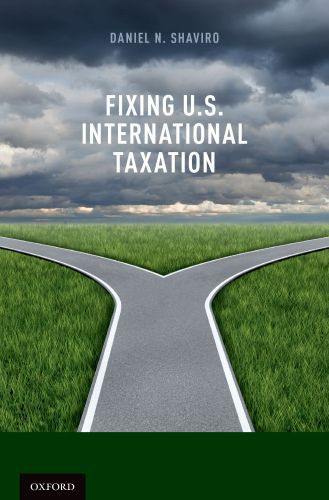 International tax rules, which determine how countries tax cross-border investment, are increasingly important with the rise of globalization, but the modern U.S. rules, even more than those in most other countries, are widely recognized as dysfunctional. The existing debate over how to reform the U.S. tax rules is stuck in a sterile dialectic, in which ostensibly the only permissible choices are worldwide or residence-based taxation of U.S. companies with the allowance of foreign tax credits, versus outright exemption of the companies' foreign source income.
In Fixing U.S. International Taxation, Daniel N. Shaviro explains why neither of these solutions addresses the fundamental problem at hand, and he proposes a new reformulation of the existing framework from first principles. He shows that existing international tax policy frameworks are misguided insofar as they treat "double taxation" and "double non-taxation" as the key issues, conflate the distinct questions of what tax rate to impose on foreign source income and how to treat foreign taxes, and use simplistic single-bullet global welfare norms in lieu of a comprehensive analysis.
Drawing on tools that are familiar from public economics and trade policy, but that have been under-utilized in the international tax realm, Shaviro offers a better analysis that not only reshapes our understanding of the underlying issues, but might point the way to substantially improving the prevailing rules, both in the U.S. and around the world.